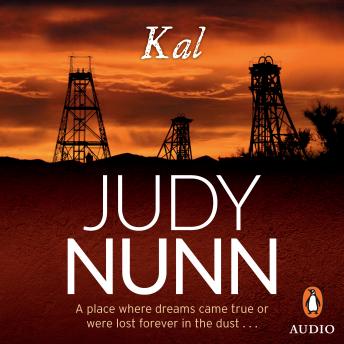 Kalgoorlie. It grew out of the red dust of the desert over the world's richest vein of gold. People were drawn there from all over the world, to start afresh or to seek their fortunes.

People like Giovanni Gianni, fleeing his part in a family tragedy. Or Maudie Gaskill, one of the first women to arrive at the goldfields, and now owner of the most popular pub in town. Or Caterina Panuzzi, banished to the other side of the world to protect her family's honour.

The burgeoning town could reward you or it could destroy you, but it would never let you go.

From the heady early days of the gold rush to the horrors of the First World War, to the shame and confrontation of the post-war riots, Kal tells the story of Australia itself and the people who forged a nation out of a harsh and unforgiving land.