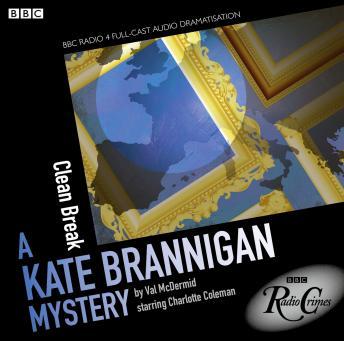 Manchester-based private eye Kate Brannigan is not amused when she is woken up in the middle of the night and informed that a Monet has been stolen from a stately home where she arranged security. Feeling that it's her responsibility to get it back, she decides to investigate - and after talking to the insurers, she discovers that the robbery was just the latest in a series of art thefts at British stately homes. There have been three identical burglaries in the past nine months, and an international gang seems to be implicated in all of them. Accompanied by her boyfriend Richard, Kate sets off on a chase across Europe that brings her head to head with organized crime...