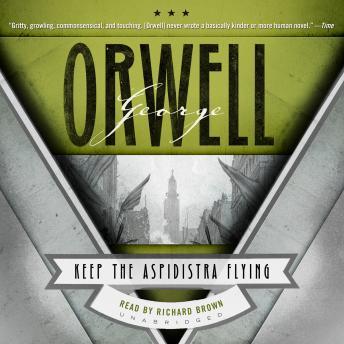 Gordon Comstock is a poor young man who works by day in a grubby London bookstore and spends his evenings shivering in a rented room, trying to write. Gordon has published a slim volume of verse and is determined to keep free of the “money world” of safe, lucrative jobs, marriage, and family responsibilities. This world, to Gordon, spells the end of art and aspidistra, the homely, indestructible house plant that stands in every middle-class British window.

Gordon’s sweetheart, Rosemary, understands him: she is patient with his pride and lack of funds. But then, as it happens with all lovers, events overtake them.

Orwell’s picture of the “money world,” as Gordon sees it, is in his best satirical vein.

This title is due for release on December 20, 2011
We'll send you an email as soon as it is available!