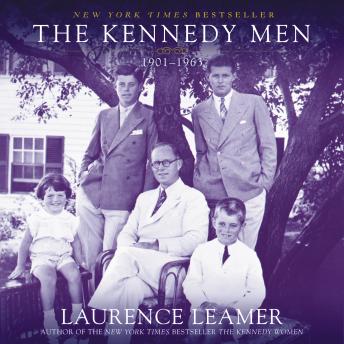 In this triumphant new work already hailed as a powerful American epic, Laurence Leamer chronicles the Kennedy men and their struggle to become the most powerful family in the United States. The Kennedy Men brings to life five bold, ambitious men. The Kennedy patriarch, Joseph P. Kennedy Sr., was one of the richest, strongest men in America's history. Joseph P. Kennedy Jr. was a handsome, gregarious youth who died a hero's death. John F. Kennedy picked up his brother's fallen mantle and carried it all the way to the White House. Robert F. Kennedy was an attorney general of unprecedented power. Edward M. Kennedy was a fun-loving athlete who reluctantly headed up the hard road to power.

Combining powerful dramatic narrative with impeccably researched detail, The Kennedy Men illuminates their aspirations and love of family, their accomplishments and failures, their heroism and frailty, their loves and passions, and their patriotism and selfishness. Filled with startling revelations, it is a spellbinding personal history of individuals and a journey of character through time.

Read by the author.

This title is due for release on August 30, 2005
We'll send you an email as soon as it is available!