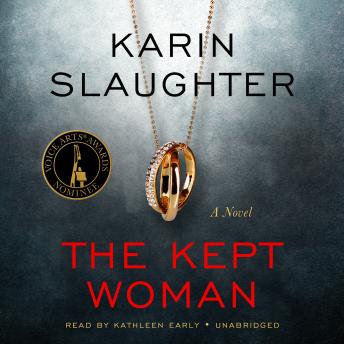 It's the most dangerous case of Will Trent's career. He knows this from the moment he sets foot in the abandoned Atlanta warehouse where a body lies on the floor-the body of an ex-cop. Bloody footprints leading away from the scene reveal that another victim, evidently a woman, was carried away ... and has vanished into thin air. And, worst of all, the warehouse belongs to the city's biggest and most high-profile athlete-a local hero protected by the world's most expensive lawyers. A hero married to Will's ex-wife. A hero whom Will's superiors at the Georgia Bureau of Investigation have spent the last six months investigating for rape.

But for Will-and also for Sara Linton, the GBI's newest medical examiner-the case is about to get even worse. Because an unexpected discovery at the scene reveals a personal link to Will's troubled past ... and the consequences will wreak havoc on his life and the lives of those he loves, those he works with, and those he pursues.

Relentlessly suspenseful and furiously paced, peopled with characters who leap from the page, The Kept Woman marks Karin Slaughter's triumphant return to her most popular series.

"Compelling...A revealing look at domestic violence in all levels of society, and the continued development of a tight-knit cast of characters. This is prime Slaughter, must-read fare for thriller fans."-Booklist (starred review)

Another great book in this series. Love Kathleen Early as narrator!

Loved this book, love Sara, Will, and Faith. Just wish they could finally find peace. The narration was awesome. Cannot wait to find where their stoy leads.

Loved the book as much as the previous ones.

I had a hard time getting in to it. It was a little slow

Another excellent suspense with more character reveals, some shocking. The personal relationships just add to tension as their characters evolve. Again, the narration is a huge plus.

Boring and couldn't get into it

Love it! As per usual

Karin Slaughter has such a great mind! This book is amazing !

The book was very long and the payoff was good enough for the investment of time.

It started off great and then half way through the book I found myself dozing off. Maybe dragged a little too much for my taste.

I loved this book. I was on the edge of my seat the entire time. The narration was perfect. I am anxiously awaiting the next book.

I've read many of Slaughter's books. This one was exceptionally good. Definitely a few surprises through the story. It held my interest from beginning to end.

Karin Slaughter hasn't written a book I don't love! The Will Trent series is my favorite and this book didn't disappoint. The narrator was clear, enthusiastic and it was easy to differentiate characters by her voice.

I couldn't put down this book. I have loved all the books in this series!

I've never read this author before, but I didn't see anything out there that peaked my interest. I was pleasantly surprised. This novel made me feel emotions; hatred, passion of the characters. I enjoyed this novel.

I love Karin Slaughter's stories. Always keeps you on your toes and keeps the series exciting. Kathleen Early is also an amazing narrator and is the "voice" of my Karin Slaughter characters! Can't wait til the next one!