King James Bible, The Readings And Documentaries From BBC Radio 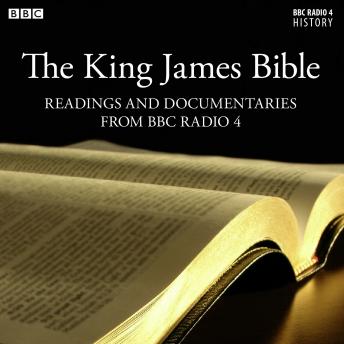 2011 marks the 400th anniversary of the King James Bible, a seminal text that remains the most widely published and influential book in the English language. Once described as 'the noblest monument of English prose', it has been recognised for centuries as both a religious and a literary classic. This compilation features James Naughtie's acclaimed three-part documentary series 'The Story of the King James Bible' - a fascinating exploration of how a new translation of the Bible came to be produced and the impact it has had since. In addition, there are 28 readings from the work itself, encompassing some of the most powerful and awe-inspiring passages narrated by well-known actors such as Samuel West, Emilia Fox, Hugh Bonneville, Niamh Cusack and Bill Paterson and introduced by eminent figures from the worlds of history, literature and religion such as Simon Schama, David Lodge, Will Self and Dr Rowan Williams, Archbishop of Canterbury. Enlightening and inspiring, this is a thrilling tribute to one of the greatest works ever produced in English.

King James Bible, The Readings And Documentaries From BBC Radio