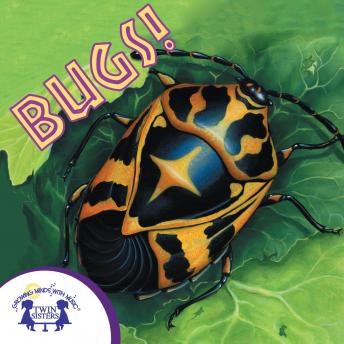 As part of the unique, science Know-It-Alls! Series that features interesting science facts, this audiobook puts the spotlight on Bugs! Did you know that insects have a special body? All insects have a hard shell on the outside called an exoskeleton. Awesome narration and sound effects plus many interesting facts, makse this audiobook fun and exciting for young science enthusiasts age 4 and up! Titles in the Know-It-Alls! Series include: Butterflies, Crocodiles, Dinosaurs, Farm Animals, Safari Babies, Snakes, Sharks, Spiders, Whales, Wolves, Puppies, Wild Cats, Bugs, Birds of Prey, Fish, Frogs, Apes, Seals, Bats, Bears, Predators, Mummies, Volcanoes, Lizards, Kittens and Horses.