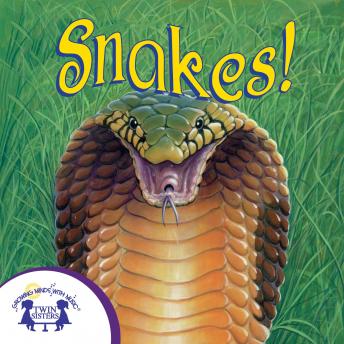 As part of the unique, science Know-It-Alls! Series that features interesting science facts, this audiobook puts the spotlight on Snakes! Did you know that snakes have two eyes? But they don't have any eyelids, so they can't blink. Awesome narration and sound effects plus many interesting facts, makse this audiobook fun and exciting for young science enthusiasts age 4 and up! Titles in the Know-It-Alls! Series include: Butterflies, Crocodiles, Dinosaurs, Farm Animals, Safari Babies, Snakes, Sharks, Spiders, Whales, Wolves, Puppies, Wild Cats, Bugs, Birds of Prey, Fish, Frogs, Apes, Seals, Bats, Bears, Predators, Mummies, Volcanoes, Lizards, Kittens and Horses.