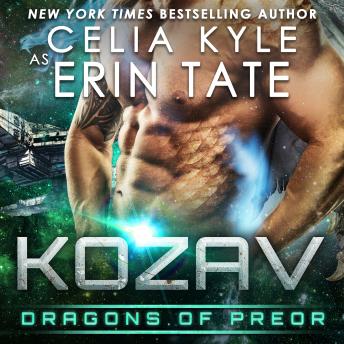 Kozav found his mate and then he lost her. Now its time to hunt

Grace Hall is a nurse, not a doctor. But when five Preor warriors are brought to the emergency room and the doctors won't touch the aliens, she steps forward. One warrior draws her more than the others. His teal wings, muscular body, and pain-glazed eyes have her torn between two desires needing his touch and desperation to heal him. Shes going to save the Preor males, even if it kills her. When she loses consciousness after healing them, she realizes it just might.

Kozav sen Aghin, Primary Warrior of the Preor Third Fleet, wakes on the Preor battleship fully healed yet plagued by a feeling that something is wrong. And something is Kozav's mate was left behind on Earth alone and unprotected. Unacceptable. Kozav's guilt for his actions in the past still plague him and he is determined not to fail again. The curvaceous, green-eyed, dark haired human female is his to protect, his to claim and his to keep.

When someone attempts to murder Grace, Kozav is prepared to do whatever it takes to keep her safe. Even if it means killing one of his own. Or will it be Kozav with a sword through his chest?

by Celia Kyle as Erin Tate