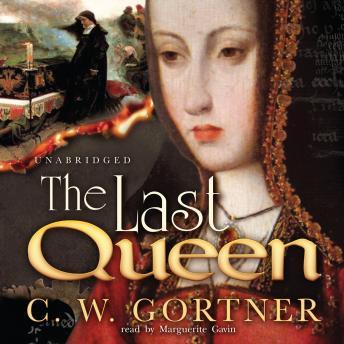 The Last Queen: A Novel of Juana La Loca

One of history’s most enigmatic women tells the haunting, passionate story of her tumultuous life. Juana of Castile is just thirteen when she witnesses the fall of Moorish Granada and the uniting of the fractured kingdoms of Spain under her warrior parents, Isabel and Fernando. Intelligent, beautiful, and proud of her heritage, Juana rebels when she is chosen as a bride for the Hapsburg heir—until she comes face-to-face with Prince Philip the Fair, a man who will bring her the greatest of passions and the darkest despair.
When tragedy decimates Juana’s family in Spain, she suddenly finds herself heiress to Castile, a realm prey to scheming lords bent on thwarting her rule. The betrayal of those she loves plunges Juana into a ruthless battle of wills—a struggle of corruption, perfidy, and heart-shattering deceit that could cost her the crown, her freedom, and her very life.