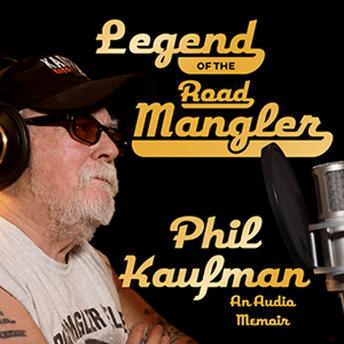 Legend of the Road Mangler

In addition to road managing, he’s been an airman, an inmate, and (briefly) Charles Manson’s record producer. To fulfill a promise, he once borrowed a hearse, stole Gram Parsons’ body, and cremated it in the desert. You’ll hear the whole story as only Kaufman can tell it, along with the voices of some of the artists who know him best. Legend of the Road Mangler is a must-listen for music fans who love to know what goes on behind the scenes, on the bus, after the show, and out in the desert.

Legend of the Road Mangler