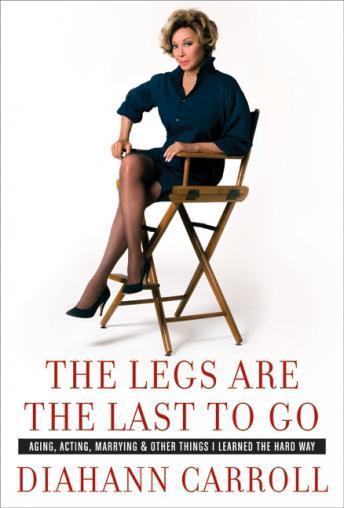 The Legs Are the Last to Go

It's conventional wisdom that Hollywood has no use for a woman over forty. So it's a good thing that Diahann Carroll'whose winning, sometimes controversial career breached racial barriers'is anything but conventional. Shonda Rhimes, the creator and executive producer of the hit program Grey's Anatomy, developed a role just for her, and a recent show that's touring the United States, The Life and Times of Diahann Carroll, was enthusiastically embraced by the New York Times. And all this since Carroll turned seventy!

Here she shares her life story with an admirable candidness of someone who has seen and done it all. With wisdom that only aging gracefully can bestow, she talks frankly about her four marriages as well as the other significant relationships in her life, including her courtship with Sidney Poitier; racial politics in Hollywood and on Broadway; and the personal cost, particularly to her family, of being a pioneer. Whether she's recalling an audition for Sir Andrew Lloyd Webber's Sunset Boulevard, reflecting on her marriage to Vic Damone, or talking about her experience with breast cancer, Carroll's storied history, blunt views, and notorious wit will be sure to entertain and inform.

Legs Are the Last to Go