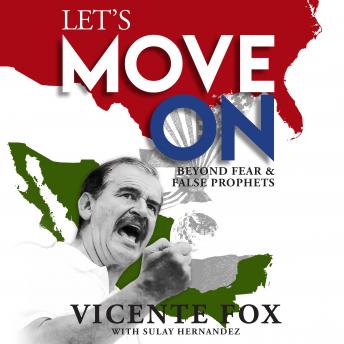 No one thought the United States would take such a sharp right turn after the Obama presidency. Donald Trump’s election seemed to come out of nowhere. Vicente Fox has a unique viewpoint both as a former head of state and also an avid historian and true admirer of America’s constitutional ideals. He knows where a Trump presidency can lead, and it is nowhere good. The book is a political manifesto written in Fox’s trademark, no-nonsense style where he both denounces Trump’s malignant anti-intellectualism and inspires America’s people to rise up and resist.

“It’s a shame that the US couldn’t look beyond that dreadful idea of a wall that hasn’t been built yet. The real problem is the illness that Trump has spread all across the country, a disease of fear and anger that won’t heal easily, nor soon.” -Vicente Fox, International Business Times November 9, 2016"