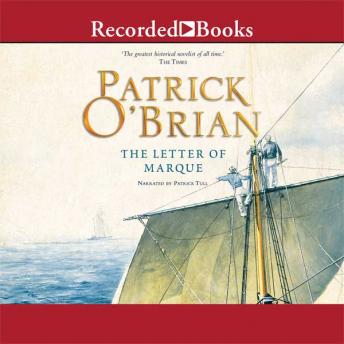 In The Letter of Marque, Jack is once again aboard his beloved Surprise but stripped of his post captaincy for a crime he did not commit. Bought by Stephen, the Surprise has become a privateer. Sailing into French waters, the two concoct a desperate mission which, if successful, may redeem Aubrey from his state of disgrace. A nighttime battle with an unusual climax, a jewel of great value and Stephen's fondness for opium make this segment of O'Brian's masterful series both original and profoundly exciting.

This title is due for release on February 13, 2004
We'll send you an email as soon as it is available!