Leviathan: or The Matter, Form, and Power of a Commonwealth, Ecclesiastical and Civil 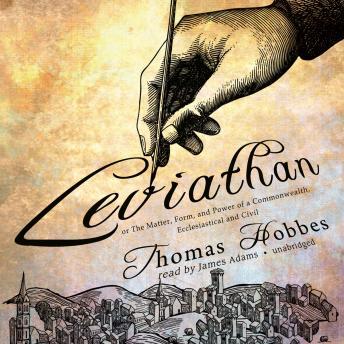 The leviathan is the vast unity of the State. But how are unity, peace, and security to be attained? Hobbes’ answer is sovereignty, but the resurgence of interest today in Leviathan is due less to its answers than its methods: Hobbes sees politics as a science capable of the same axiomatic approach as geometry.

Written during the turmoil of the English Civil War, Leviathan was, in Hobbes’ lifetime, publicly burnt and even condemned in Parliament as one of the causes of the Great Fire of London in 1666. Its current appeal lies not just in its elevation of politics to a science, but in its overriding concern for peace, its systematic analysis of power, and its convincing apologia for the then-emergent market society in which we still live.

Leviathan: or The Matter, Form, and Power of a Commonwealth, Ecclesiastical and Civil