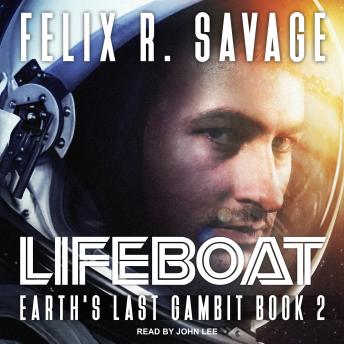 After two years aboard the Spirit of Destiny, tensions among the elite international crew are at breaking point. Despite the obvious need to stay professional and united, as they approach the mysterious alien spaceship orbiting Europa, pilot Jack Kildare is acutely aware that not all the members of the crew may wish the best for the mission. There may be a saboteur on board, and he knows of at least one spy: the astrophysicist Skyler Taft.

An attack from long-range alien weaponry cripples the Spirit of Destiny, forcing Jack to disobey orders to save the ship. Now he has to face the fact that the broken crew is the least of his worries. With the risky maneuver that saved the ship putting him dead center of the commander's crosshairs, and the crew attempting to hold together the tattered remnants of their unity to investigate the alien spaceship, Jack finds himself selected for the most dangerous mission of all: descending to Europa's surface to find out what lurks under the ice.

As the voyage of discovery unravels into a desperate battle for survival, Jack races the clock to decode the secrets behind the alien intrusion. Will he find the truth in time to save the crew?