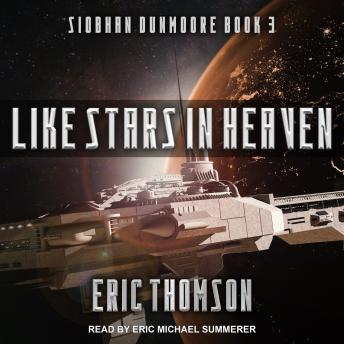 After centuries of travel, an ancient log buoy finally reaches human-controlled space. In the midst of a stalemated interstellar war, the Admiralty has little interest in wasting resources on what would likely be a fruitless search for the truth, but someone was able to convince them they could afford to send an old, obsolete frigate soon destined for the scrapyard, on this quest.

Pulled from her patrol route, Siobhan Dunmoore is ordered to take an envoy aboard Stingray and sail into a poorly charted and virtually unexplored region of the galaxy hidden behind interstellar dust clouds. Along the way, she'll come to the attention of an old enemy, now also relegated to the fringes of the war, turning a voyage of discovery into a race against time and against each other. Though her troubles quickly multiply, Dunmoore has faced worse odds. She's determined to bring Stingray home with its honor intact, and few are brave enough to bet against her, not even their old Shrehari foes.