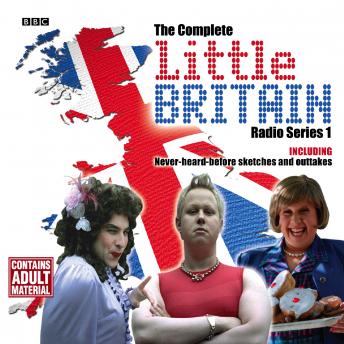 The Little Britain radio series won a Sony Award when it first appeared on radio, and has since gone on to become a comedy phenomenon. Now available in this release are the original pilot and all four episodes of the original radio series - complete and uncut.

Complementing Tom Baker’s brilliantly bizarre narration, and David Arnold’s original music, are many characters that have only ever appeared on radio: Cockney Film Star, taxi driver Jackie Paper, Joey the Stool, and two of the worst ghosts you’ll ever know. With a wealth of bonus material that includes sketches and hilarious outtakes never transmitted on radio, welcome to the wonderful and surreal world of Little Britain.