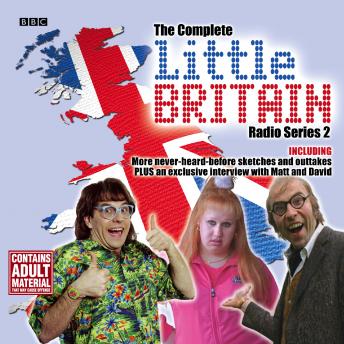 Matt Lucas and David Walliams ask, just who are Britain? What do they? And why? Little Britain takes a look at life in Britain today by following the fortunes of some extraordinary folk. Meet Emily Howard, the rubbish transvestite; West Country delinquent Vicky Pollard; and Marjorie Dawes, the terrifying group leader of FatFighters. There’s also Daffyd, the only gay man in his village – who wants to keep it that way – as well as the multi-talented actor, singer and composer Dennis ‘Minder’ Waterman.