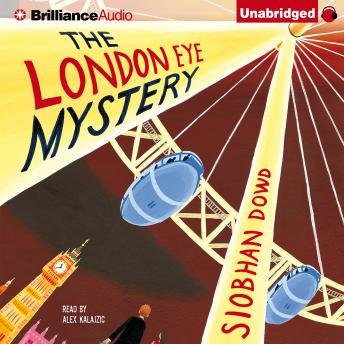 When Aunt Gloria’s son, Salim, mysteriously disappears from a sealed pod on the London Eye, everyone is frantic.
Has he spontaneously combusted? [Ted’s theory.]
Has he been kidnapped? [Aunt Gloria’s theory.]
Is he even still alive? [The family’s unspoken fear.]

Even the police are baffled. Ted, whose brain runs on its own unique operating system, and his older sister, Kat, overcome their prickly relationship to become sleuthing partners. They follow a trail of clues across London in a desperate bid to find their cousin, while time ticks dangerously by...

This title is due for release on December 20, 2008
We'll send you an email as soon as it is available!