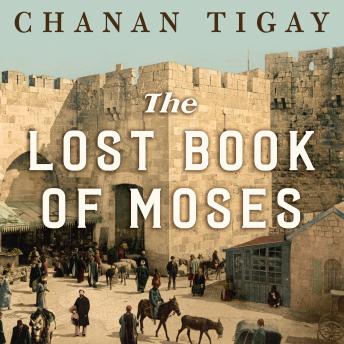 The Lost Book of Moses: The Hunt for the World's Oldest Bible

In the summer of 1883, Moses Wilhelm Shapira-archaeological treasure hunter and denizen of Jerusalem's bustling marketplace-arrived unannounced in London claiming to have discovered the world's oldest Bible scroll. When news of the discovery leaked to the excited English press, Shapira became a household name. But before the British Museum could acquire them, Shapira's nemesis, French archaeologist Charles Clermont-Ganneau, denounced his find as a fraud. Humiliated, Shapira fled the country. Six months later he was dead.

With the discovery of the eerily similar Dead Sea Scrolls in 1947, investigators reopened the case, wondering whether the ill-fated merchant had, in fact, discovered the first Dead Sea Scroll, decades before the rest. But by then Shapira's scrolls had vanished.

Award-winning journalist Chanan Tigay set out to find the scrolls and determine Shapira's guilt or innocence for himself. The globetrotting hunt that follows vibrates with the suspense of a classic detective tale. Weaving meticulous research into fast-paced storytelling, Tigay spins a remarkable tale of history and theology; intrigue and scandal; greed, ambition, and the struggle for authenticity.

Lost Book of Moses: The Hunt for the World's Oldest Bible