The Lost King Of France: Revolution, Revenge and the Search for Louis XVII 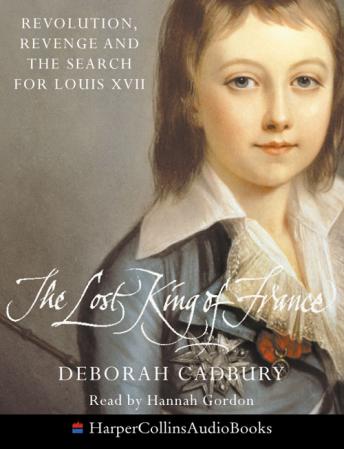 ‘This is history as it should be. It is stunningly written, I could not put it down. This is the best account of the French Revolution I have ever read.’ Alison Weir, author of ‘Henry VIII, King and Court’


The fascinating, moving story of the brief life and many possible deaths of Louis XVII, son of Marie-Antoinette.


Louis-Charles Bourbon enjoyed a charmed early childhood in the gilded palace of Versailles. At the age of four, he became the Dauphin, heir to the most powerful throne in Europe. Yet within five years, he was to lose everything.


Drawn into the horror of the French Revolution, his family was incarcerated. Two years later, following the brutal execution of both his parents, the Revolutionary leaders declared Louis XVII was dead. No grave was dug, no monument built to mark his passing.


Immediately, rumours spread that the Prince had, in fact, escaped from prison and was still alive. Others believed that he had been murdered, his heart cut out and preserved as a relic. In time, his older sister, Marie-Therese, who survived the Revolution, was approached by countless 'brothers' who claimed not only his name, but also his inheritance. Several 'Princes' were plausible, but which, if any, was the real Louis-Charles?


Deborah Cadbury’s ‘The Lost King of France’ is a moving and dramatic story which conclusively reveals the identity of the young prince who was lost in the tower.

Lost King Of France: Revolution, Revenge and the Search for Louis XVII