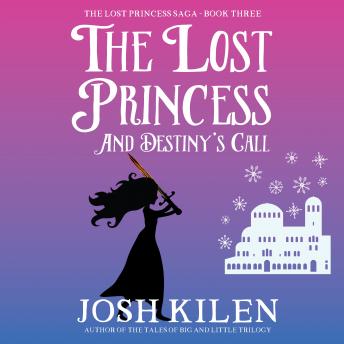 The Lost Princess and Destiny's Call

Other books in the Lost Princess Trilogy:Book 1 - The Lost Princess in Winter's GripBook 2 - The Lost Princess and The Shifting SandsAbout The Lost Princess and Destiny's Call:In the third and finale volume - Beaten and on the run, Annabeth and the Priest must race against time to learn the secrets to defeating the Ice People. When they find an ancient power with the answers they seek, Annabeth learns that the path to saving her love, Prince Ryan, may end in her demise. Don't miss the thrilling conclusion of the Lost Princess trilogy!Look for Other Titles by Josh Kilen:Sean Ryanis & The Impossible ChaseThe Tales of Big and Little - Doom of the Three StonesThe Superhero Chronicles: Birth of Moonlight