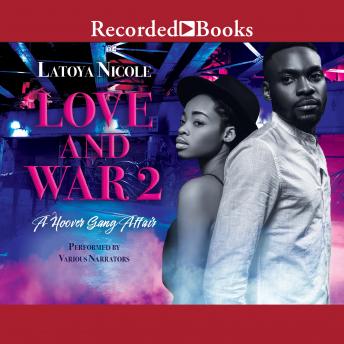 At the end of Love and War, readers were left wondering if the Hoover gang would be able to reign supreme, or if they would fall at the hands of the women who were supposed to have their backs. Now, what should be the happiest day of one's life has turned into the worst. It is literally a wedding to die for, and Hoover brothers Quick, Shadow, and Babyface are awaiting news of Blaze's fate. Quick blames himself for everything that has happened. He still has to deal with the dirty cops trying to infiltrate their circle. Will he be able to hold it together as everything around him falls apart? Shadow and his brothers tear up the city of Chicago looking for the ones responsible. What he doesn't know is the one closest to him is their biggest enemy. Babyface was always the laid-back brother, but now he has to turn into the savage he never wanted to be. As he steps into a life he wanted to leave behind to save his family, will he push away the only girl to steal his heart? Everything done in the dark must come to the light, but when it does, will the Hoover gang be able to overcome all the secrets, deceit, and greed? Who will come out on top in this battle of love and war?