Love is Strong as Death: Poems chosen by Paul Kelly 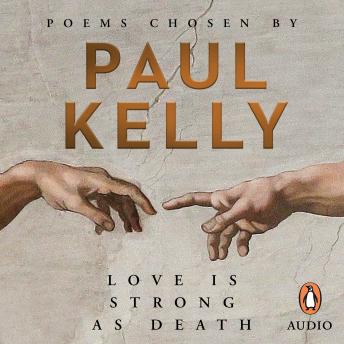 Paul Kelly's songs are steeped in poetry. And now he has gathered from around the world the poems he loves - poems that have inspired and challenged him over the years, a number of which he has set to original music that is exclusive to the audiobook. This wide-ranging and deeply moving anthology combines the ancient and the modern, the hallowed and the profane, the famous and the little known, to speak to two of literature's great themes that have proven so powerful in his music: love and death - plus everything in between.

Love is Strong as Death: Poems chosen by Paul Kelly