The Man Who Ate The World: In Search of the Perfect Dinner 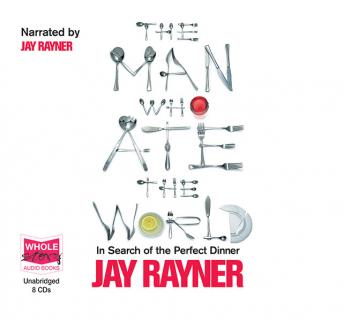 It's about the globalisation of high culture, the market in taste and the money spent on it. From Las Vegas to Moscow, Dubai to Tokyo and New York to London, Jay Rayner chronicles the revolution in high-end gastronomy that has been sweeping the world since the late eighties. Not simply an account of endless meals in high-end restaurants, it is an exploration of the cities and cultures in which they are found; the inevitable involvement of Russian mafia in Moscow's luxury post-soviet catering business, Tokyo's efforts to fuse ancient Asian culture with Western ideas, and the feverish cult of the Manhattan restaurant in a town which considers itself the most cosmopolitan in the world. Part character-driven travelogue, part food critique, always sharp and often funny, this book is the result of Jay's lifelong campaign to find the perfect meal. Just don't read it if you're hungry.

Man Who Ate The World: In Search of the Perfect Dinner

This title is due for release on March 1, 2009
We'll send you an email as soon as it is available!