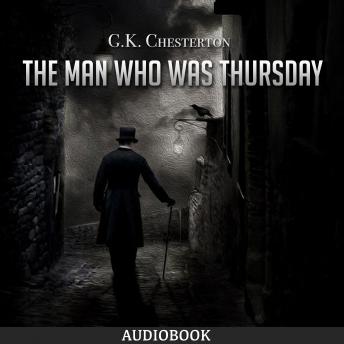 The Man Who Was Thursday

The Man Who Was Thursday is one of G.K. Chesterton's most well-known novels, a metaphysical thriller full of mystery, disguised identities and suspense.

A member of Scotland Yards secret anti-anarchist police corps, Gabriel Syme infiltrates the local European anarchist council only to discover that the group is not what it presents itself to be. Acting as Thursday, one of the elite central council, Syme has access to the innermost secrets and goals of the organization, and, as he races to stop the president, Sunday, from unleashing anarchy in Europe, discovers to his surprise that he is not alone in his mission.

Man Who Was Thursday