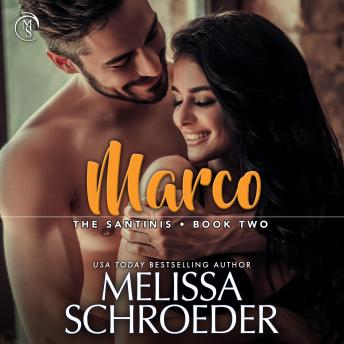 Marco is the quiet one of the four brothers which works well for his career as a Navy Seal. Living in Hawaii is a dream come true, his only probably is the infatuation he has for his landlady. He's not sure he wants to act on his attraction until his brothers push Marco's temper with a little harmless flirting.
Alana Kailikea is a woman who understands loss. Her entire family was killed when she was only eighteen, leaving her an heiress. A bad experience with gold digger has left her wary of most men-especially gorgeous men like Marco. She never expected him to ask her out, or that it would lead to a romance that has them burning up the sheets.
Marco doesn't want an affair-he wants forever. He decides to woo the love wary woman all the while taking everything he can do to make sure Alana understands they were made for each other.