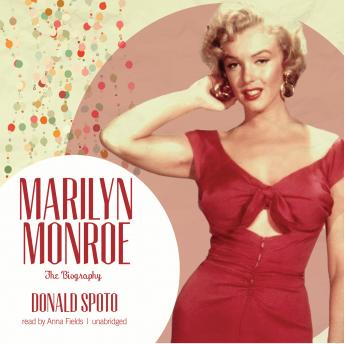 Fifty years after her death, Hollywood icon Marilyn Monroe still beguiles the world, her image enthralling millions. Many books have attempted to explain her allure and tell her story, but none has succeeded as well as this work by acclaimed biographer Donald Spoto.
Spoto’s exhaustive research uncovers a conspiracy of silence, allowing him to present the facts, free from often-repeated myths and speculation. Granted access to more than thirty-five thousand pages of formerly sealed files containing letters, diaries, appointment books, and other intimate papers, he also interviewed nearly two hundred people who had never before spoken on record. From the papers of Marilyn’s psychiatrist and her medical files to recently declassified government documents, the truth emerges and provides a moving, often shocking picture of the real Marilyn Monroe—including her connection to the Kennedys and the bizarre, horrifying truth about how she really died.