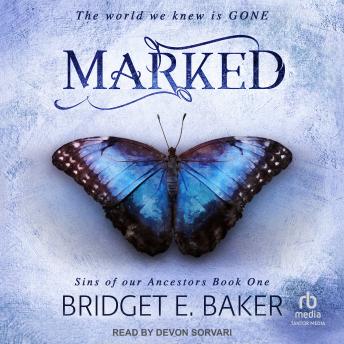 All Ruby Behl wants for her seventeenth birthday is a good career path match, and to kiss her best friend and longtime crush, Wesley Fairchild. Unfortunately, the simplicity of teenage wishes evaporated a decade ago when the Tercera virus nearly wiped out the human race. Transmitted through touch, the slightest contact is prohibited in the safe haven community of Port Gibson.

An innocent game of Spin the Bottle, a rite of passage for Port Gibson's teens, provides the opportunity Ruby's been waiting for, but when Wesley winds up Marked, Ruby realizes her first kiss may also be her last. Ruby races the viral clock to uncover long buried secrets about her dead parents, and her once cloudy future becomes clear. She's the key to finding the cure, but is she willing to pay the price?