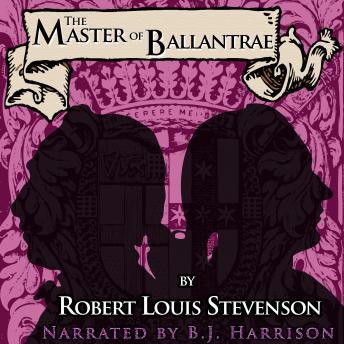 The Master of Ballantrae

The year is 1745, and Prince Charlie of the defeated royal house of Stuart, has just returned to Scottish soil. A weighty choice faces every Scottish man. Should he stitch a white cockade to his hat and join the fight to restore James, Prince Charlie's father to the British throne? Or should he stay at home and back George II, the reigning King. One Lowland family, the Duries of Durisdeer and Ballantrae, believe they've found a clever way to sidestep the decision. With the toss of a coin, a choice is made that will haunt their lives forever. Critics consider this to be Stevenson's greatest work. For, though there is plenty of adventure, (including midnight duels, pirates and smugglers), the true merit of the novel comes from the author's masterly portrayal of the fraternal enemies. If you've never read this book, you won't want to miss this!

This title is due for release on December 3, 2011
We'll send you an email as soon as it is available!