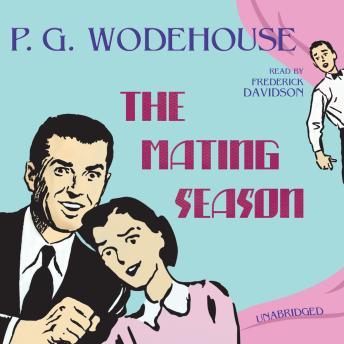 When Gussie Fink-Nottle, after a convivial evening with "Catsmeat" Pinbright, was sentenced to fourteen days for wading in the fountain at Trafalgar Square, Bertie Wooster saw the red light. For Gussie was an expected guest at Deverill Hall, and clearly his enforced absence would give rise to immediate inquiries. From this point it would be but a short step to a complete revelation of the scandalous details of his escapade, and Bertram well knew what would be the effect of this intelligence on Gussie's fiancée, Madeline. As always when a rift appeared in her love affairs, Madeline would transfer her simpering affection to Bertram, and the grim prospect of having to endure the grand passion of this female stimulated Bertie to the sternest of endeavors to forestall catastrophe. But as usual, Bertie's involvement causes further entanglement, which only Jeeves can unravel.