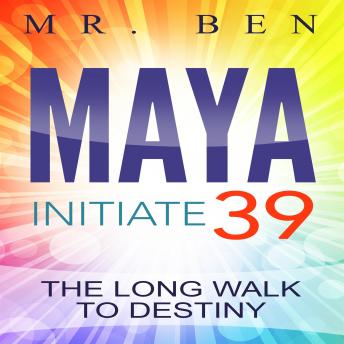 “Maya: Initiate 39” is an adult work-piece that explores the ordeals of Maya Isaacs. An over-protected single child, a victim of a broken home, Maya was raised singlehandedly by a man whom she knew as her ‘father,’ Samuel. He had divorced his wife, Cynthia, years ago on grounds of infidelity before Maya turned three years old. Growing up in Durban was a heady mixture of good, bad and ugly for Maya. Through the influence of wrong peers, Maya went into the underworld endeavors of stealing, drug trafficking and prostitution, under the cover of a very perverse juvenile assembly, called the Alternative Lifestyle Club (The ALC). She joined the club in the pursuit of what she called her “destiny” and became popular among many top-notch Southern Africans. After several disappointments, Maya thought she could use her “connections” to bite the fingers that fed her, by carrying out the assignments given her own way—a way of letting the organization know that she was no push-over. But that was not the case! Consequently, Craig and Ms. Diana, the active players of the club, led this juvenile to her doom. They set her up and the police did the rest. The long arm of the law landed her in prison in Johannesburg. It was while she was in the prison that she realized that changing for the better would be the only way to save herself. Through a favor from Van Brussels, a rich gold merchant, school owner and chairperson of the Louisville Shipping Company, against whom she had committed a crime in the past, Maya was released from prison before the stipulated sentence was up. She was sent to the United States for Secretarial studies, worked for Van Brussels’ company for a couple of years, and then returned to her native Durban home in South Africa with her husband, Daniel Young, to find her father, who she had left years before. Maya became a woman of substance. Her fame and enterprise rose up