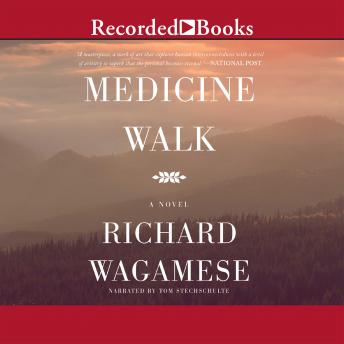 By the celebrated author of Canada Reads Finalist Indian Horse, a stunning new novel that has all the timeless qualities of a classic, as it tells the universal story of a father/son struggle in a fresh, utterly memorable way, set in dramatic landscape of the BC Interior. For male and female readers equally, for readers of Joseph Boyden, Cormac McCarthy, Thomas King, Russell Banks and general literary. Franklin Starlight is called to visit his father, Eldon. He's sixteen years old and has had the most fleeting of relationships with the man. The rare moments they've shared haunt and trouble Frank, but he answers the call, a son's duty to a father. He finds Eldon decimated after years of drinking, dying of liver failure in a small town flophouse. Eldon asks his son to take him into the mountains, so he may be buried in the traditional Ojibway manner. What ensues is a journey through the rugged and beautiful backcountry, and a journey into the past, as the two men push forward to Eldon's end. From a poverty-stricken childhood, to the Korean War, and later the derelict houses of mill towns, Eldon relates both the desolate moments of his life and a time of redemption and love and in doing so offers Frank a history he has never known, the father he has never had, and a connection to himself he never expected. A novel about love, friendship, courage, and the idea that the land has within it powers of healing, Medicine Walk reveals the ultimate goodness of its characters and offers a deeply moving and redemptive conclusion. Wagamese's writing soars and his insight and compassion are matched by his gift of communicating these to the reader.