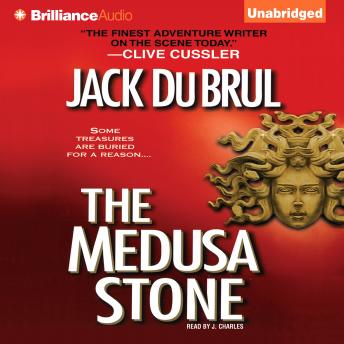 Ten years ago, the spy satellite Medusa burned upon re-entry - but not before its sensors revealed a secret buried deep in the earth. A priceless discovery that some would die to find - and kill to possess . . .

With uncanny talent as a geologist and a quick intelligence matched by savvy and courage, Philip Mercer is fast becoming a legend in powerful circles around the world. And at least two groups in those circles need his help. One group - of unknown allegiance and with a reputation for violence - snatches and holds hostage his oldest friend, forcing Mercer to help them.

In a harsh and hostile land ravaged by violence, Mercer races to find the one thing that will save his friend. But the location of this ancient treasure is elusive. He is thwarted by brutal competing forces, and suddenly, he learns that there is much more at stake than either his life or the life of an old friend: The fate of thousands of innocent souls depends on him - and him alone . . .

This title is due for release on September 25, 2008
We'll send you an email as soon as it is available!