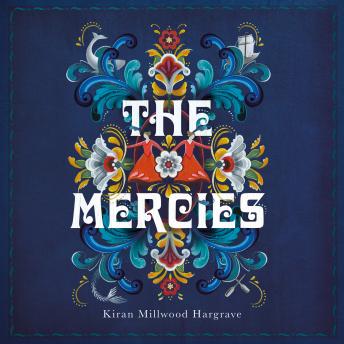 Inspired by the real events of the Vardø storm of 1617, The Mercies is a story about how suspicion can twist its way through a community, and a love that may prove as dangerous as it is powerful.
On Christmas Eve, 1617, the sea around the remote Norwegian island of Vardø is thrown into a reckless storm. As Maren Magnusdatter watches, forty fishermen, including her father and brother, are lost to the waves - the menfolk of Vardø wiped out in an instant.
Vardø is now a place of women.
Eighteen months later, a sinister figure arrives. Summoned from Scotland to take control of a place at the edge of the civilized world, Absalom Cornet knows what he needs to do to bring the women of Vardø to heel. With him travels his young wife, Ursa. In Vardø, and in Maren, Ursa finds something she has never seen before: independent women. But Absalom sees only a place flooded with a terrible evil, one he must root out at all costs . . .

I love Jessie Buckley but this should have been narrated by a Norwegian person. The way she pronounces any names like she's stumbling over the words is incredibly distracting. Constantly switching between a British accent and forced Norwegian intonations on names breaks the flow of the story and I find it incredibly hard to listen to.

Beautifully written, Millwood Hargrave's tale of the witch trials in Norway during the 1600s is involving, moving and angering in equal measures. Buckley's narration is indicative of her body of film work, that is, excellent.

Very enjoyable. The book is relatively sombre and I felt the narrator exasperated this at times.