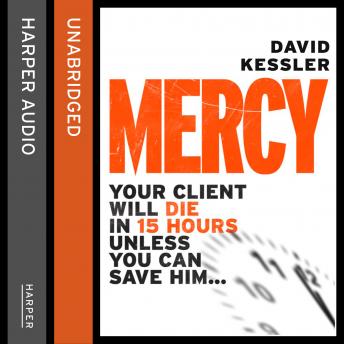 It's hard to sit still when your client is scheduled to die in 15 hours....

As he makes an 11th hour plea for mercy, lawyer Alex Sedaka is resigned to the fact that Clayton Burrows will be executed. Charged with the rape and murder of 18-year-old classmate Dorothy Olsen - a girl he mercilessly bullied and victimised at school - the case seems cut and dry.

But then the victim's mother makes an astonishing offer - clemency in return for the whereabouts of her daughter's body before she herself dies of the terminal disease ravaging her body.

On the other side of the Atlantic, a nurse watching Fox News recognises Dorothy's name. Does she hold the key to this case?

Alex must now convince Clayton to come clean - but he still protests his innocence Is this another one of Clayton's games to or is he an innocent man about to be condemned to death?

Prepare to be up all night with this race-against-the clock thriller for fans of Jeff Abbot, Simon Kernick and 24.