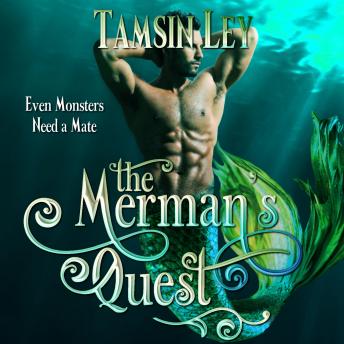 Rubac’s mate is dead, and he’s soon to follow. His only hope to escape the curse is to find a human female, seduce her, and sacrifice her. Finding and seducing one is the easy part. Sacrificing her may not be so simple.

Searching for a monster…

Madison is determined to document an elusive dolphin hybrid and restore her professional reputation. Instead, she meets a sexy, sleek-tailed beast of another variety who makes her pulse thrum in places it shouldn’t. When he pulls himself on board her boat in all his emerald-tailed glory, she jumps at the chance to film him; discovering a mythical creature will secure her the fame she’s always dreamed of.

So why is she feeling the need to keep him all to herself?

This title is due for release on April 22, 2019
We'll send you an email as soon as it is available!