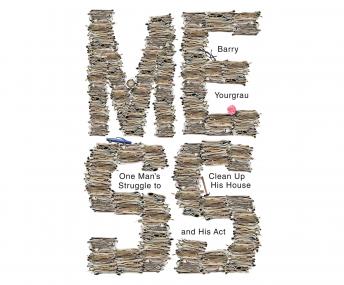 Mess: One Man's Struggle to Clean Up His House and His Act

Millions of Americans struggle with severe clutter and hoarding. Barry Yourgrau is one of them. Behind the door of his Queens apartment, Yourgrau's life is, quite literally, chaos. Confronted by his exasperated girlfriend, he embarks on a heartfelt and too often uproarious project to take control of his disorderly apartment and life, and to explore the wider world of collecting, clutter, and extreme hoarding. Encounters with a professional declutterer, a Lacanian shrink, and Clutterers Anonymous as well as explorations of the bewildering universe of new therapies and brain science, help Yourgrau navigate uncharted territory: clearing shelves, boxes, and bags. Mess is the story of one man's efforts to learn to let go, to clean up his space (physical and emotional), and to save his relationship.

Mess: One Man's Struggle to Clean Up His House and His Act