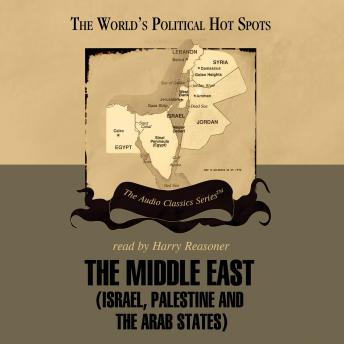 By the end of World War I, Britain had promised control of Palestine both to Arabs and Jews. Each of these peoples claimed a longstanding right to the same piece of land, and violence was inevitable. This presentation examines how and why this magical land has become a virtual war zone.
The World’s Political Hotspots Series explains the basis of conflicts in some of the world’s most politically sensitive areas. Many of these regions are in today’s headlines, and tensions recently have become violent in virtually all of them. Each presentation covers up to ten centuries of background, revealing how and why today’s problems occur.

This title is due for release on March 24, 2006
We'll send you an email as soon as it is available!