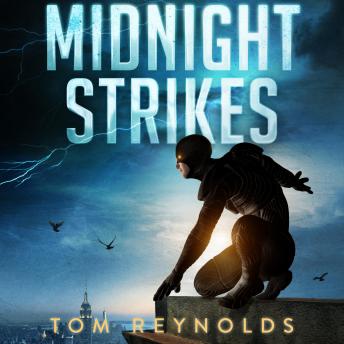 The world is still reeling from the devastation of the final battle between the world’s strongest metahumans. Empire City has been left in shambles as it struggles to rebuild. Overnight, the world’s metabands, mysterious bracelets that offer their owner’s superhuman powers and abilities, have all ceased working. Guilt ridden over his possible hand in all of this, the masked vigilante Midnight has hung up his cowl.

Instead of fighting crime, he now spends his sleepless nights searching for clues to recover the device that might be responsible for all of it before it can fall into the wrong hands. Along the way he meets Amanda Khan, a teenage girl with a metahuman history in search of her missing friend. Both find the clues to what they’re both searching for lead them to The Receptive, a secretive cult which offers a path to meta humanity to its most loyal followers and may just hold the answers to the missing device.

This title is due for release on November 29, 2018
We'll send you an email as soon as it is available!