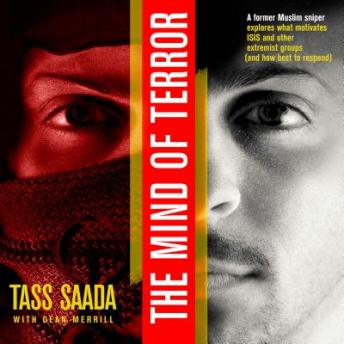 The Mind of Terror: A Former Muslim Sniper Explores What Motiviates ISIS and other Extremist Groups (and how best to respond)

What motivates Islamic terrorists? What's in the mind of terror?

News reports cover the tragic events — the bombings, the massacres, and the suicide attacks. Our newscasters take time to explain who the players are — from Hezbollah to the Iranian Quds, from ISIS to the Palestinian National Authority. But what is behind these events that fuels atrocity after atrocity? Tass Saada provides the answer as he delves into the mind of terror, explaining what motivates extremist groups throughout the Middle East. A former Muslim and a onetime sniper with Yasser Arafat’s Fatah organization, Tass has had that mindset himself. But at age forty-two, he steered his life in a radical new direction. Tass not only describes the motivations and aspirations of those who live in the Middle East, he also outlines a peaceful solution. We can plant seeds of hope that will transform not only the Middle East but also our increasingly diverse neighborhoods at home.

Mind of Terror: A Former Muslim Sniper Explores What Motiviates ISIS and other Extremist Groups (and how best to respond)