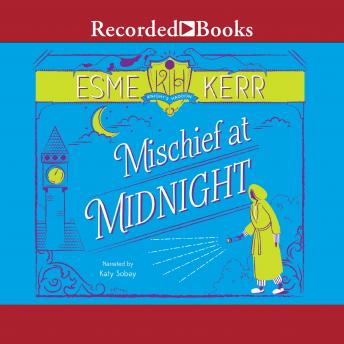 Best friends... for never? Anastasia Stolonov and Edie Wilson are back at boarding school after spending the summer apart, and they can't wait to be dormmates again! Unfortunately, things don't go as planned, and Edie is stuck with Janet, the new girl at Knight's Haddon. Janet isn't like anyone the other girls have ever met before. She's cool, confident, and a little rebellious, so Edie is thrilled that Janet seems to like her. And as Edie's friendship with Anastasia becomes rocky, Janet is the only one on Edie's side. But when mysterious things begin to happen, Edie starts to think that Janet may not be all she seems--and suddenly events take a dangerous turn. Will Edie be able to salvage her friendships and uncover what's going on before the clock runs out?