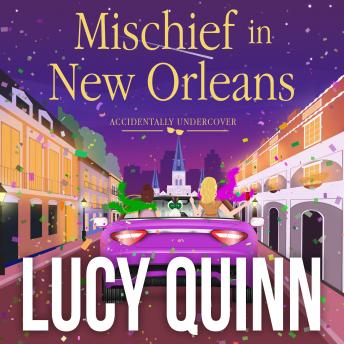 There's trouble brewing in New Orleans. When Evie and Dora arrive in the French Quarter, eager to secure the evidence that will clear Dora's name, they walk right into the middle of a murder... one nobody else seems to think happened. Now Dora and Evie have to put their plans for freedom on hold as they search for the package containing the evidence they need. While pretending to be women they aren't and planning a parade they don't want to be in, the dynamic duo uncover some unsavory characters who need to be stopped before more innocent people die. With an adorable dog by their side, a crazy mardi gras krewe, and plenty of beignets, it's up to them to solve the crime before they become the next targets.