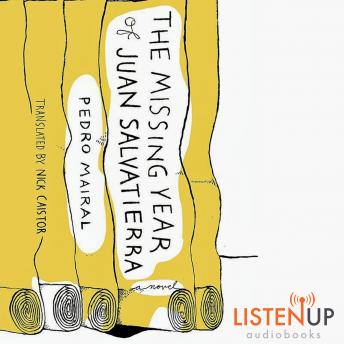 The Missing Year of Juan Salvatierra

At the age of nine, Juan Salvatierra became mute following a horse riding accident. At twenty, he began secretly painting a series of long rolls of canvas in which he minutely detailed six decades of life in his village on Argentina's river frontier with Uruguay. After the death of Salvatierra, his sons return to the village from Buenos Aires to deal with their inheritance: a shed packed with painted rolls stretching over two miles in length and depicting personal and communal history. Museum curators from Europe come calling to acquire this strange, gargantuan artwork. But an essential one of its rolls is missing. A search that illuminates the links between art and life ensues, as an intrigue of family secrets buried in the past cast their shadows on the present.