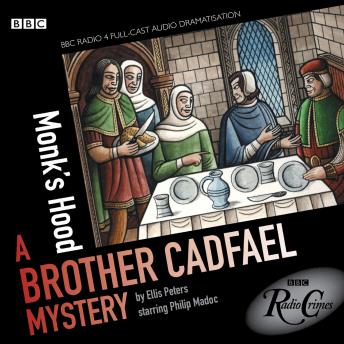 After the violence of spring, when the civil war between Stephen and Maud swept through the town, Shrewsbury has enjoyed a quiet summer. Now, at the beginning of autumn, all is peaceful - the harvest was good and the store cupboards are full. But, as Cadfael reflects ruefully, such harmony cannot be expected to last. He is right. The trouble begins when Gervase Bonel, rich lord of the manor, proposes to sign over all his property to the Abbey in return for food and lodging for the rest of his life. Though the Abbot is pleased to accept such a gift, it comes at the expense of Bonel’s stepson’s inheritance - and when Bonel is found poisoned, it seems certain that his actions have caused him an enemy or two. But Cadfael is not convinced that the obvious suspect is the right one... Are the monk’s powers of detection strong enough to lead him through the maze of clues to the truth?

This title is due for release on April 5, 2009
We'll send you an email as soon as it is available!