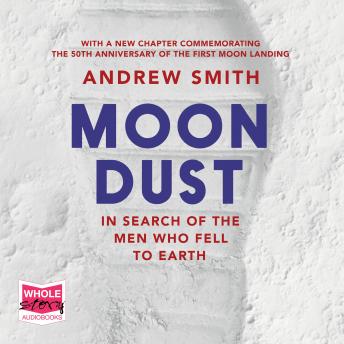 In 1999, Andrew Smith was interviewing Charlie Duke, astronaut and moon walker, for the Observer. During the course of the interview the telephone rang and Charlie left the room to answer it. When he returned, some twenty minutes later, he seemed visibly upset. He'd just heard that, the previous day, one of his fellow moon walkers, the astronaut Pete Conrad, had died. 'Now there's only nine of us,' he said. Which meant that, one day soon, there would be none, and when that day came, no one on earth would have known the giddy thrill of gazing back at us from the surface of the moon. The thought shocked Andrew Smith. Moondust is his attempt to understand why.

'It left me spellbound...belongs to the same tradition as Tom Wolfe's The Right Stuff.' SUNDAY TIMES

TO COMMEMORATE THE 50TH ANNIVERSARY OF THE MOON LANDING