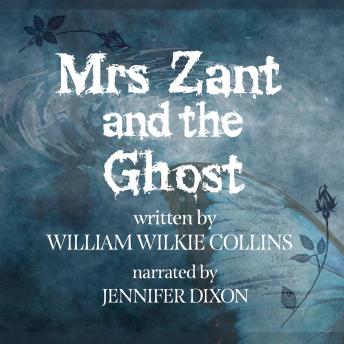 Mrs. Zant and the Ghost

Supernatural short story written especially for the young Anne (Nannie) Wynne. It was originally published as The Ghost's Touch in The Irish Fireside, 30 September - 14 October 1885; Harper's Weekly, 23 October 1885; and in The Ghost's Touch and Other Stories (with My Lady's Money and Percy and the Prophet, Harper's Handy Series, no 30, 1885).
Mr Rayburn, a widower, and his young daughter, Lucy, meet Mrs Zant in Kensington Gardens while she is experiencing a vision of her dead husband. The ghost warns her against his brother, who aims to force her into an illegal marriage. Rayburn rescues Mrs Zant, hoping to marry her himself, while the supernatural force returns to strike her brother-in-law with fatal paralysis.

Mrs. Zant and the Ghost

This title is due for release on March 23, 2017
We'll send you an email as soon as it is available!