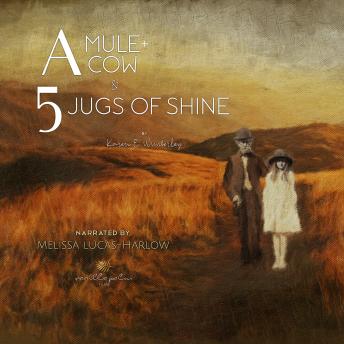 In East Tennessee, 1926, a young girl is 'traded' by her own father for a mule, a cow, and five jugs of moonshine. In disbelief, the girl known as Minnie Leigh comes to terms with what being traded really means. Determined to change her fate she sets out on a path filled with uncertainty and fueled by determination to fight back.
Based on her real-life journey... Minnie Leigh Robertson was forced to take a path that turned her world upside down. In the East Tennessee Mountains at the age of thirteen, living a very simple, content life, Minnie never dreamed of living anywhere but on her mountain.
Her days were filled with digging Ginseng, gathering wild herbs and tending a small number of livestock her father kept - 2 cows for milking, a couple of goats for cheese and there were always chickens for eggs.
Raised by her father, a bitter Veteran of the Great War, Minnie is forced onto a path that she feels she never will escape. Eventually, Minnie chooses her own path and discovers it leads her to much more than she was first traded for.
"Trade? Trade? I ain't no animal, or piece of hide to be like next year's beef or salt meat!" Minnie just stood there, in disbelief of all that had transpired over the last couple of hours. How could her Paw who loved her just trade her like she ain't nothin'? Less he don't love me at all. Can't be no other reason."