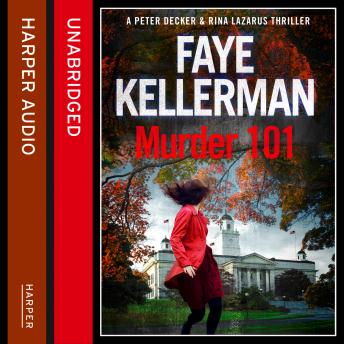 
Detective Peter Decker and his wife Rina Lazarus have moved from the chaos of L.A. to upstate New York, to a quiet town that is home to elite colleges and pensioners. Semi-retired and faced with mundane call-outs at the Greenbury Police Department, Decker is becoming bored of life. So when he is called about a potential break-in at the local cemetery, he jumps at the opportunity to investigate.

The Bergman crypt contains four intricately designed stained glass windows, one for each season, two of which are confirmed as definitely fake. Along with young Harvard graduate, Tyler McAdams, Decker must solve the mystery of the forgeries. His search leads him to Manhattan, although perhaps he should look closer to home: when a co-ed is brutally murdered at a local colleges, Decker must put his search for the art thief on hold. But not for long...